Gone are the days of limiting ourselves to grapefruits, celery juice and rice cakes in a never-ending quest for weight loss and wellness. The newest diet trends boast about their abilities to satisfy the taste buds, promote feelings of fullness and fuel our bodies.

The most popular diet trends for 2020 that are attracting attention represent very diverse approaches. Each seemingly has little in common, yet there are takeaways from each that food manufacturers should consider when formulating their products.

Here, we’ll compare the three top trends in dieting and provide insights into how food manufacturers can cater to each.

When it comes to diet trends, 2020 is arguably the year of keto. While some liken it to a revamped Atkins, keto takes the low-carb diet to new levels. At its root, keto (or ketogenic) involves eating “low-carb, high-fat” foods. Butter is in, but don’t expect to be slathering it on a bagel.

The keto diet drastically reduces carbohydrates and replaces them with fat and protein. Where dietary guidelines recommend between 200 and 300 grams of carbs per day, someone on keto may consume as little as 20–30 daily grams. Such a drastic reduction in carbs ensures that your body enters the metabolic state of ketosis in which chemicals in your liver, called ketones, are produced as a result of burning fat.

In addition to high levels of fat, many on the keto diet also consume more protein, especially if they pair their diet with exercise. While those on keto can simply eat meat to get enough protein, many opt for the growing number of convenient keto products that have come on the market. A go-to ingredient in many of these products is whey protein, noted for its ability to support muscle growth and its superior health and nutrition benefits.

For some a ketogenic diet can be medically beneficial. Studies have shown that individuals with epilepsy may minimize epileptic episodes and, in some cases, eliminate them all together. Diabetics also may benefit and minimize their symptoms, especially when they consume more protein for breakfast, according to one study.

Many people on keto diets report rapid weight loss within the first couple of weeks, and it’s easy to get excited about this short-term “progress.” However, initial weight loss is mostly water weight in response to fewer carbohydrates.

A worry noted by some physicians is that keto is highly restrictive, often eliminating foods that are beneficial for our bodies such as fruits and whole grains which contain fiber and vital nutrients. To combat this, many on the ketogenic diet take supplements containing electrolytes such as magnesium and potassium to help avoid side effects commonly referred to as keto flu. Because of its highly restrictive nature and adverse consequences, many find a keto diet to be unsustainable for the long term.

Because the traditional keto diet promotes high fat as a way to achieve satiety, Mayo Clinic raised concern for long-term heart health. One person who adopted a ketogenic diet saw her cholesterol shoot up nearly 100 points within a few months. Someone who is genetically inclined to conditions linked to heart disease is strongly urged to consult with their physician prior to adopting a keto lifestyle.

On the other end of the spectrum from keto is a flexitarian lifestyle. Where keto extols the virtues of bacon and beef, flexitarians opt for bok choy and brown rice with occasional meat and poultry.

Flexitarians, in general, encourage eating mostly fruits, vegetables, legumes and whole grains, incorporating meat and animal products on occasion, not much unlike the Mediterranean diet. As such, the name is a combination of the words flexible and vegetarian. While less restrictive than keto, flexitarians typically try to maintain plant-based diets and avoid processed foods in addition to added sugars and high calorie desserts.

The popularity of this trend may partially explain why sales of plant-based foods such as meat alternatives increased by more than 19% in 2018, according to the Power of Meat 2019 report. However, just because something is plant-based doesn't mean it's healthy.

For example, some food manufacturers of plant-based meats include unhealthy levels of sugar, fat and sodium to compensate for the lack of flavor and texture. Sodium levels in a single serving can reach nearly 20% of recommended daily values compared to about 5% for a plain old burger. Likewise, some plant-based burgers can have nearly twice as many grams of saturated fat as a regular ground beef patty.

Flexitarians emphasize clean eating and sustainability, but some may be at risk of nutrient deficiencies by restricting meat and other animal products. Additionally, those who opt for plant-based proteins vs. whey proteins may miss out when it comes to nutrition and digestibility.

There’s one 2020 diet trend that isn’t. What do we mean? Intuitive eating challenges the “should” and “should not” approach to food and is positioned to upend the restrictive mainstream diet culture. The concept of intuitive eating concludes that the incessant practice of restricting foods is actually making us fatter and that it simply doesn’t work, citing that 95% of diets fail to maintain weight loss after five years.

Intuitive eaters reject the diet mentality, noting that if a pharmaceutical company introduced a medication with a 95% failure rate, it would be considered unethical and cause public outcry. Still, doctors continue to prescribe diets with the same failure rate. That’s because many associate losing weight with being healthy.

Wellness and gentle nutrition is still a big part of intuitive eating, but the movement suggests that well being involves much more than just the foods we eat and that people can experience health at every size.

How does it work? With intuitive eating, people are encouraged to make peace with food by not labeling it as “good” or “bad,” and to listen to physical cues for hunger and fullness. Eat and move joyfully with the goal of feeling satisfied, not how many calories you take in or burn. It sounds simple, but it’s often easier said than done. Infants are born having an innate sense of when to eat and when to stop, but diet culture and marketing messages distort those cues over time.

Through intuitive eating, a goal is to reconnect with those instincts. By not restricting and following unreasonable food rules, binges lose their appeal and nutritious foods (proteins, whole grains, vegetables, etc.) become more satisfying and appealing. Science backs it up, with more than 100 studies indicating that intuitive eating offers a multitude of health benefits.

What will the next “diet du jour” be? That question is what keeps many food formulators up at night. The ability to formulate products that have staying power and can appeal to the majority of consumers is a key to remaining relevant and profitable in today’s ever-changing food culture.

Through the years and for years to come, whey protein remains a reliable all-natural ingredient that appeals to dieters and anti-dieters alike. Consumers value how whey protein contributes to feelings of fullness; it’s not empty calories and can minimize the urge to overeat. Additionally, it aligns with clean label initiatives and is favored for its nutritional benefits, satisfying clean flavor and its ability to be used in a wide variety of food products as an alternative to fresh dairy and eggs. When you add in the cost savings and simplified storage requirements, whey protein’s appeal increases even further.

Want to stay on trend with an ingredient that has staying power? Reach out to the food scientists at Grande Custom Ingredients Group for innovative ideas incorporating whey protein in its many forms, and learn how it can replace high-cost ingredients like butter, eggs, milk, cream and more. There are a lot more reasons to consider whey protein, so be sure to check out our tip sheet below. 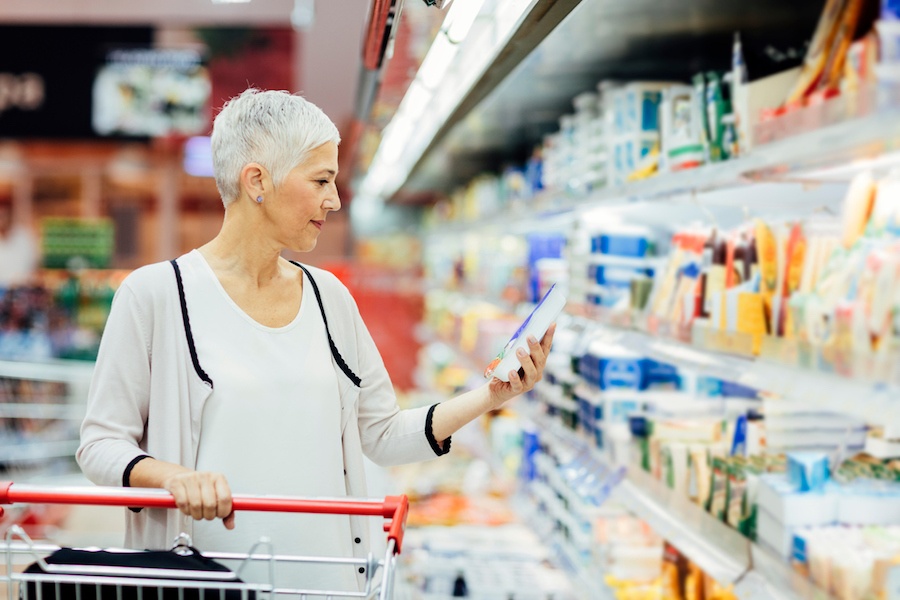